You are here: Home > Teach Our Children Well: Judaism, Ethics, and Intimate Justice 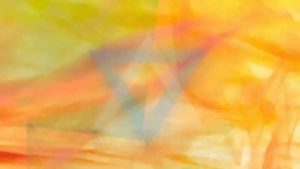 Almost every day there is a revelation about anotherpowerful man harassing and assaulting women. Even those of us who work on issues of gender and equality, and the tens of millions of us who have experienced this kind of treatment firsthand, are learning that this behavior is more widespread than we would wish to believe. Despite decades of very real progress, the cultural norm that women are objects remains pervasive, and deeply entrenched.

Perhaps the most disturbing, but also enlightening, aspect of this unfolding moment is that it shows that men who have worked for social, racial, and economic justice apparently are just as likely as others to act as if they believe it is natural and acceptable to harass and assault women.

As a nation and as a people, this moment offers a terrible vision of what happens when people pursue power unmitigated by a sense of responsibility and respect for the other – and very specifically, for women. This is a view of the world that teens already are exposed to far too vividly through objectifying, predatory sexuality rampant in mass media and pornography. Now, however, they are seeing that this same mode of gender relations seems to hold sway in the real world, outside of fantasy driven narratives, among otherwise respectable, progressive members of society. The stories of these men, in their immediacy and reality, might convince teens that sexual harassment and assault is just how the world works.

If we do not want the world our teens inherit and shape to look like the world of today, then we must seize this opportunity to delve deeply into how we understand the relationship between sexuality and power. We must take an honest look at how our actions often reflect beliefs that are far less conscious and enlightened than the beliefs we profess. Only then can we articulate and adhere to ethical norms of behavior.

This is work we must do in community, and even more so with teens. Teens need – and benefit greatly from – guidance from Jewish educators to develop an ethical frame on human relationships and sexuality.