You are here: Home > How Judaism Made Me A Feminist by Maya Rubin 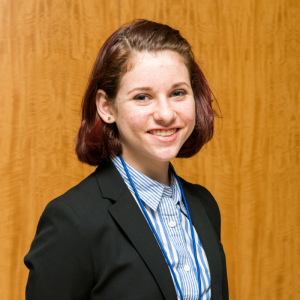 In 2010, The New York Times published an op-ed entitled, Religion and Women by Nicholas Kristof. Kristof explains how religion and religious organizations are harmful to women. He talks about the global misogyny accredited to religion, including wife burning in India and a Jewish prayer that thanks God for “not making me a woman.” Kristof even goes so far as to compare the oppression of women in the name of religion to slavery. Without explicitly saying it, he condemns religion as being a major reason for the oppression of women.

My newfound feminism was not an adoption of a label of which I had previously been aware,  but my becoming aware that such a label (and movement) existed. As it was explained to me as a 10-year-old, a feminist is a person who believes that “boys and girls should be equal.” When  explained that way, before I was aware of the stigma that surrounds the word, I could think of no reason not to call myself a feminist. Thus began my journey to feminism.

I first learned the word feminist, and subsequently became one, at a Jewish summer camp. A counselor had been wearing a t-shirt that read, “This is What a Feminist Looks Like,” and I asked what a feminist was because I’d never heard the word before. I began fifth grade at my Jewish Day school in the fall calling myself a feminist, and attempted to get all of my friends to call themselves feminists as well by explaining feminism in the same way it had been explained to me.

As I got older, I became more involved with the feminist movement. I became a part of a girls’ empowerment youth group called Rosh Hodesh: It’s a Girl Thing!, led by Moving Traditions. I was an intern at Ma’yan, a Jewish women’s organization for 15 months. I chose to become a Bat Mitzvah at thirteen, the more common age for boys, not twelve, which is the more common age for girls. I wrote my Bat Mitzvah speech about the strong female religious figures  Miriam and D’vorah, the protagonists of my parashah and haftarah. This past Pesach, I put an orange on my family’s seder plate, a tradition started by Susannah Heschel, in solidarity with the gay community and other groups, including women, who are marginalized by the mainstream Jewish community.

The recurring theme in my experiences with feminism is clearly that which Nicholas Kristof condemned in his op-ed: religion, specifically Judaism. While Kristof speaks of religion as the enemy of feminism, and some anti-religion feminists have written about how religion is the biggest inhibitor of third-wave feminism, I found my way to feminism through religion. When I discovered feminism five years ago, my entire life was steeped in religion. I went to Jewish school and Jewish summer camp; many of my extracurricular activities were with friends from my synagogue or from school; and I lived in a predominately white, Jewish neighborhood. Every opinion I had, every activity or book I read, was seen through the lens of my religious upbringing. Such was the case with my feminism.

However, mainstream feminism is critical of religion. The google search “feminism religion” yields links asking, “Is religion the biggest problem facing feminism today?” “Can you be feminist and religious?” and “Why feminists are less religious.” Everyday Feminism, the popular feminist online magazine, frequently runs articles with titles like, “9 of the Biggest Lies Religion Tells Us About Love and Marriage” and “Criticizing Religion with Care.” In short, mainstream feminism is often extremely critical of religion, particularly Christianity, Islam, and Judaism.

I am surprised to see the bitterness toward organized religion expressed by the authors of such articles. Religion is described as “patriarchal,” “oppressive,” “misogynistic,” and “irrational.” According to these articles, Religion perpetuates gender stereotypes and forces women into antiquated boxes of domestic life and marriage. Religion is a barrier to women, particularly feminists, the articles argue. If religion is truly important, it can be “maneuvered around” so that the feminists can be religious, but it is never the ideal.

In the Torah, it was Miriam who saved the Jewish people in the desert after the Exodus. It was Devorah who fearlessly stood by her people in a time of war, and who became the first Judge to also be a prophet. It was Shifra, my Hebrew namesake, who insisted that Jewish couples continue to bear children after the Pharaoh forbid it. She saved the lives of countless Jewish boys, thus continuing the Jewish race. Judaism is passed from parents to children matrilineally, showing the value of every mother’s Jewish identity. To me, to anyone, these stories are not misogynistic or patriarchal. They do not oppress women, they do not perpetuate gender stereotypes.

I am well aware that Judaism, like most modern religions, can be and often is interpreted in ways that are extremely harmful to women. Newspapers are full of horrifying stories of extremists using religion as justification for forced marriage, catcalling young girls for wearing clothing that is too revealing, and even rape. However, the stories behind these religions do not condone this misogyny. The stories behind, Judaism, Christianity, and Islam are of Miriam, Devorah, and Mary, of strong female figures that can be interpreted to help instead of hurt.

Modern religion is too easy to dismiss for being sexist and patriarchal. I believe that religion can help teach people, the way it taught me, to be a feminist. The best way to spread feminism and equality is to use something that is usually thought of as an inhibitor as a tool. Religion can empower, religion can educate, and religion can spread the feminist movement to people who otherwise would have no knowledge of it. Religion was my path to feminism, and although it is not the most common one, it can be others’ path as well.

Maya Rubin is 16 years old and a sophomore at Bard High School Early College Manhattan. She and her family have attended B’nai Jeshrun since she was born, and she has participated in a Rosh Hodesh: It’s a Girl Thing! group there since 2011. She recently completed an internship at Ma’yan, a Jewish women’s organization based in the JCC of Manhattan. She is on the Model UN and debate teams at her school and enjoys playing the saxophone and reading.