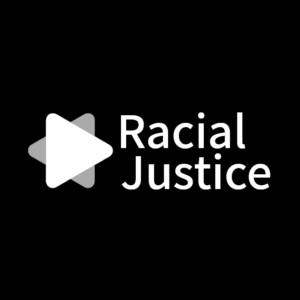 Here are some thoughts on how to process the murder of George Floyd and the protests and riots that followed from our latest responsive curriculum.

SAY (in your own words):

By now, you most likely have seen viral videos and heard many different perspectives on the response to George Floyd’s murder in Minneapolis and the protests, riots, and looting that occurred across the country since then. For instance, you might have seen the video of George Floyd being murdered and you might have seen the video of Amy Cooper, a white woman who called the cops on a black man, Christian Cooper, who was birdwatching in Central Park.

You also might have heard some people focused on the violence and destruction of property. They may have shared that looting makes them feel horrified, sad, outraged, and scared. You may feel this way or have said this yourself. Or, you may have heard people say that all of the violence hurts the cause of racial justice which they agree with. You might have thought, yes, I agree.

Or, you may have heard people say that property is replaceable, but life is not. And they are horrified that the bad actions of a small number of people looting should not detract from the larger focus on the crime of racism—specifically the cruel killing of George Floyd by someone whose job it is to protect people—and the years and years that people of color have lived in fear of doing basic tasks like going running, driving, or going to stores. And that the riots should be seen in the context of so many other police murders of black people as well as in the context of a pandemic where African Americans are dying at 3 times the rates of white people. You may also have heard people saying that the police presence is causing further riots or that the riots are largely the work of undercover White supremacists taking advantage of the situation to create more civil strife.

Martin Luther King, Jr. said “Riots are the language of the unheard.” And Kareem Abdul-Jabbar wrote, “even though [the black community does] all the conventional things to raise public and political awareness — write articulate and insightful pieces in the Atlantic, explain the continued devastation on CNN, support candidates who promise change — the [institutional racism] needle hardly budges.” And Trevor Noah urged, “think about the unease you felt when you saw the video of that Target being looted, try to imagine how it might feel for Black Americans when they watch themselves being looted every single day.”

All of these perspectives exist, and it is hard to make sense of them and arrive at your own understanding. And neither one counteracts or erases the other. This is all very complicated and messy, and it’s okay if you don’t feel like you’ve even begun to process what has happened. Most of us are still processing. [here you might decide to share a bit about what your processing has looked like]. What I hope to provide is a space where we can begin to share and think about the complex feelings we’re all having and to use the voices we just heard or read to add to what is helping us process and make meaning.

If you already have an educator account, you can view the full curriculum here: