You are here: Home > A “Taste of” with Added Flavor

Moving Traditions generally recommends that group leaders do their Taste of Rosh Hodesh sessions the Spring before their group starts. However, I ended up doing mine just a few weeks before the first official meeting of my group. We had the meeting in one of the girls’ homes; her mom put together an elaborate ice cream sundae bar which everyone loved.

Here is what I did. I tweaked the current Taste of materials a little bit and added in some new pieces:

First, I gave everyone a chance to eat and shmooze for a while and introduced myself informally to the parents (it was all moms) and their daughters. Then, I asked everyone to sit down and I talked a little bit about what the Rosh Hodesh Program is, gave some background on me (I was new to the community, so this was the first time everyone met me), and talked about how the night would look: we would start with a few ice-breakers, move into a group activity and art project, and at the end would have more time to talk about the program itself. 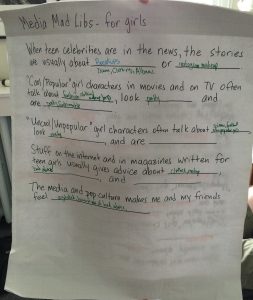 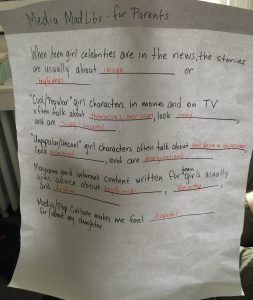 If I were to go back and do the Taste of over again, I would have made more of an effort to learn everyone’s preferred communication style (do they prefer texting? Is email best?) . I would have also tried harder to get a host signed up for the first meeting. As I will go into in later blog entries, it took a while for my group to grow in number because of conflicting sports, dance, and music recital schedules, but by the end of the year the group came together.