You are here: Home > Insights 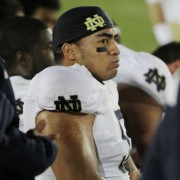 A boy is tricked into being part of a game with other boys only to find out that he is the target of mockery and abuse. A girl is happy to be included as a “friend” at a lunch table until she finds it was only a ploy to get back at another girl. A boy is “hit on” as part of a practical joke. A girl is lured into an unwelcomed physical encounter.

Being fooled is one of the many challenges that teens face on a daily basis. The challenge is new – and old: 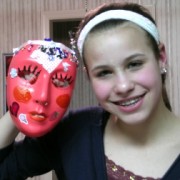 Every year at Purim, we tell the tale of a Jewish teenage girl who ascends to the throne of the Persian Empire by pretending not to be Jewish.

This year, Rabbi Sara Brandes looks at Megillat Esther (the Scroll of Esther) and a TED Talk by model Cameron Russell, and describes how in our programs Moving Traditions relates Purim to the two most pressing questions for teens:

When Margie Patlak heard about Moving Traditions’ Rosh Hodesh program several years ago, she decided to start a group for her daughter, Eva Chudnow, and her friends. Margie wanted to help the girls build strong Jewish female identities in the face of challenging messages from the media and society. 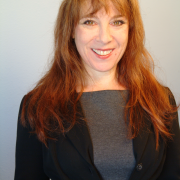 An Interview with Dr. Shira Tarrant, Associate Professor in the Department of Women’s, Gender & Sexuality Studies at California State University, Long Beach is a nationally recognized expert on issues of gender politics and popular culture. She is currently working on her fifth book, New Views on Pornography. 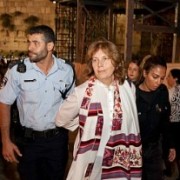 This week as hundreds of Rosh Hodesh: It’s A Girl Thing! groups gathered in the United States to celebrate the new month, we at Moving Traditions were upset to learn that our supporter, Anat Hoffman, Executive Director of the Israel Religious Action Center (IRAC), was arrested in Jerusalem on Rosh Hodesh as she prayed the Sh’ma out loud with Women of the Wall and with Hadassah women celebrating their centennial. 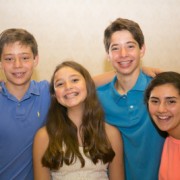 Coming of age is not easy, even for the most socially well-adjusted teen.

Compounding the difficulties, there are profound differences in the ways that girls and boys are judged by their peers and measured by teachers and coaches. Narrow visions of gender continue to dominate advertising, film, television, video games, and the other media aimed at teens.

These narrow definitions of gender can ultimately restrict the self-image and horizons set by teen girls and boys for themselves.

The conventional wisdom around teens is that as they distance themselves from parents, their peers become their primary influence. But a closer look at research on teens provides a different perspective on the importance of the parent-teen relationship. Here are a few highlights that Moving Traditions staff have culled:

As this video goes viral, there will be many who watch this video and wonder if there is anything redeeming about a tableau in which Jewish ritual is mixed in with braggadocio regarding testicles. I was not surprised that on YouTube, one of the more than 3,000 commentators said, “this is making a mockery of Judaism.” Another one said, “I am disappointed in YOU DRAKE! I would have thought YOU of all musicians had more respect for your religion. This video, placed with this song is COMPLETE BLASPHEMY! I WAS a HUGE Drake fan until I watched this video.” This song is, after all, verse about young men who romanticize a world of excess and alcohol and drugs and sex-crazed women — the very things we hope our young men are mature enough not to romanticize. Drake and Lil’ Wayne don’t have much to say other than the catchy chorus “HYFR” and the subtext of the song is something akin to “now that I made it, why are you always asking me about my personal life?”

Moving Traditions contracted in 2007 with independent evaluator, Dr. Mirele Goldsmith, to assess the impact of Rosh Hodesh: It’s a Girl Thing! on a sample of teen girls (397 girls) who were ongoing participants in the program. We have repeated the study annually with the same survey instrument, tracking girls from 6th to 12th grades. We have found that: