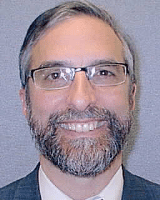 How did you end up leading a group for teen boys at your synagogue?

I got involved with the educational activities at our synagogue when my daughters (now in high school and college) were growing up. Rosh Hodesh: It’s a Girl Thing! was a great success in Rye and our leadership sensed that we were losing the guys. After bar mitzvah many of them just disappeared. I had a conversation with our education director about being involved with a monthly program for our teen boys and I co-taught with one of our teachers and our Cantor.

What are the factors that are leading teen boys to drop out of communal life?

In our town, if you come out of the high school and do not get into an Ivy League school you are seen as a loser. Boys compare their academic loads –they say “I can’t believe you are only taking two AP courses. That’s weak.” Unfortunately a lot of them crack under this pressure and the issues with binge drinking, starting in eighth grade, become a real concern.

How does a Jewish guys group address those concerns?

We give them a place where they can safely let out steam and talk about what really matters.  For the last half hour I really challenge them by studying texts from the life of King David. We talk about power, violence, sex, money – and they start to talk about the expectations that society has placed on them.

How did the Moving Traditions training prepare you to lead the group?

In my professional life I have been to many corporate trainings run for executives in the pharmaceutical industry and I have seen a lot of training styles. The Moving Traditions training was excellent. It was focused on the development of teen boys and stressed the need to think about play and physical activities as essential elements of informal education. I love text study, and thought that I could just get the guys to sit and study text. Now I realize that combining games and text is a better model for teen boys. They see the power dynamics in games and that gives them a great basis for moving into text.

Can you give an example of how they work together?

When the cantor’s father died we ended up doing a session about support. We did a game where you have to lean on your teammates and learn how to support one another. Then we talked about loss, and about the idea of family support, the traditional practice of gathering for a shiva minyan, and some of them talked about their own mourning. I was shocked because some of them felt like the grief that they had for their grandfather or grandmother was not acknowledged. They were holding it inside as their parents were suffering. The group offered them an opportunity to acknowledge what they had been through.

What are some of the other unexpected elements that have developed with these teens?

We’ve talked about relationships. Given all the images that they encounter on the internet, they have a very distorted view of what it means to be physical with someone that you are attracted to. We had a conversation about forcing yourself on someone versus the experience of having someone want to kiss you. They had never really thought about this. And it was clear that some of their fathers hadn’t talked about this with them.

What is your goal for the teen boys in the group?

My goal is for them to think about what it is to be a man and for them to think critically about what kind of men they want to become. The Jewish texts about David that we learn have all the complicated questions about being a man embedded in the narrative. My generation thought of Jewish men as “nebbish” Woody Allen types. That type is no longer what these guys think of as Jewish men, but they are still trying to figure out what it means to be a Jewish man, and what kind of responsibility that entails.